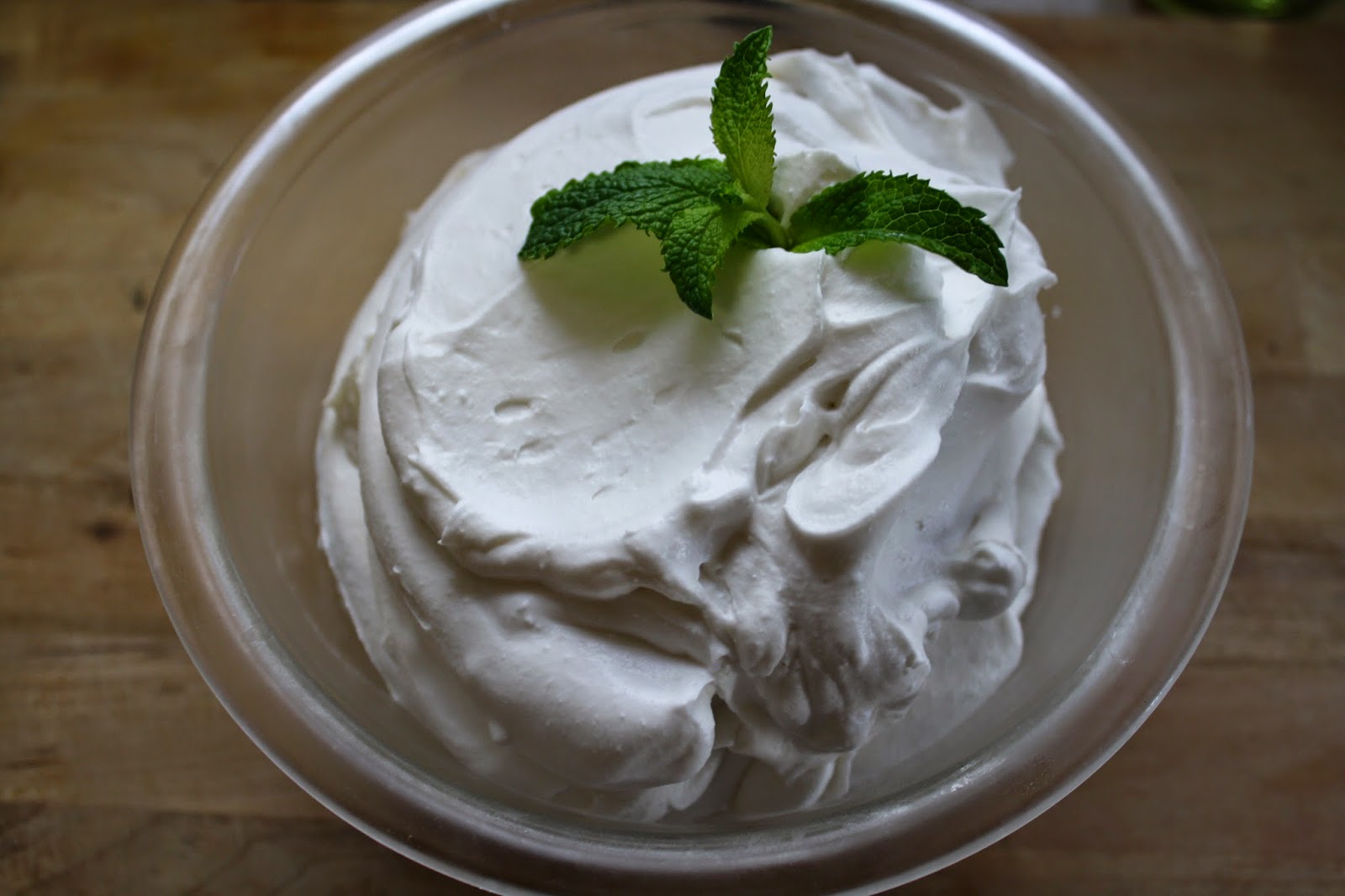 There's nothing wrong with traditional whipped cream. It's pretty flawless in its classic form. I'm happy to eat something decadent if it's delicious and used to top something warm that's just come out of the oven. However, certain occasions and situations call for non-dairy/vegan desserts. On those occasions, I have often wondered what would be a good non-dairy alternative to classic whipped cream.

While working on the second season of Recipe Rehab I learned this trick from one of our chefs: take a can of regular coconut milk, put it in the fridge overnight, scoop out the creamy part that separates from the liquid, and whip it just as you would regular cream.

I figured coconut cream would work just as well as coconut milk, and it did! You can use either coconut milk or coconut cream to make this delicious vegan dessert topping. The texture is just like homemade whipped cream, and the taste is mildly coconut-flavored. 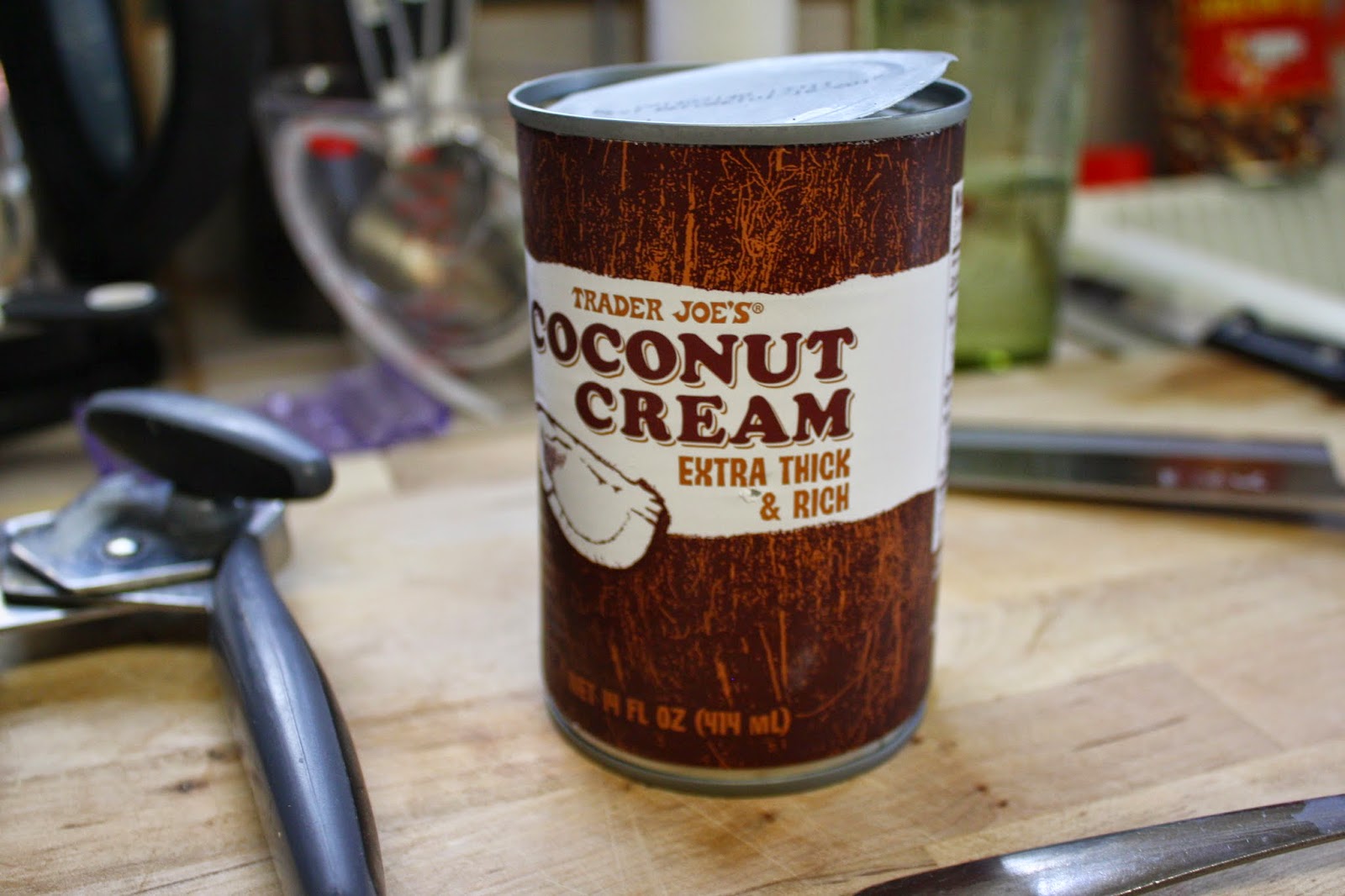 I served it with flourless chocolate cake and berries (recipe coming soon), but you could use it to top any dessert you'd like.

Start this recipe the day before (or days before) by putting your canned coconut cream in the fridge. At least an hour before you whip the cream, place the bowl you plan to use in the freezer. It helps if all of your tools and ingredients are very cold.

Add the coconut cream, agave (or other sweetener or none at all), and vanilla extract to the bowl you will use to whip the cream in.

Using a stand mixer fitted with a whisk attachment, or a hand mixer, or a whisk and lots of elbow grease, whip the coconut cream mixture on medium high until it is thick, fluffy, and looks like whipped cream: 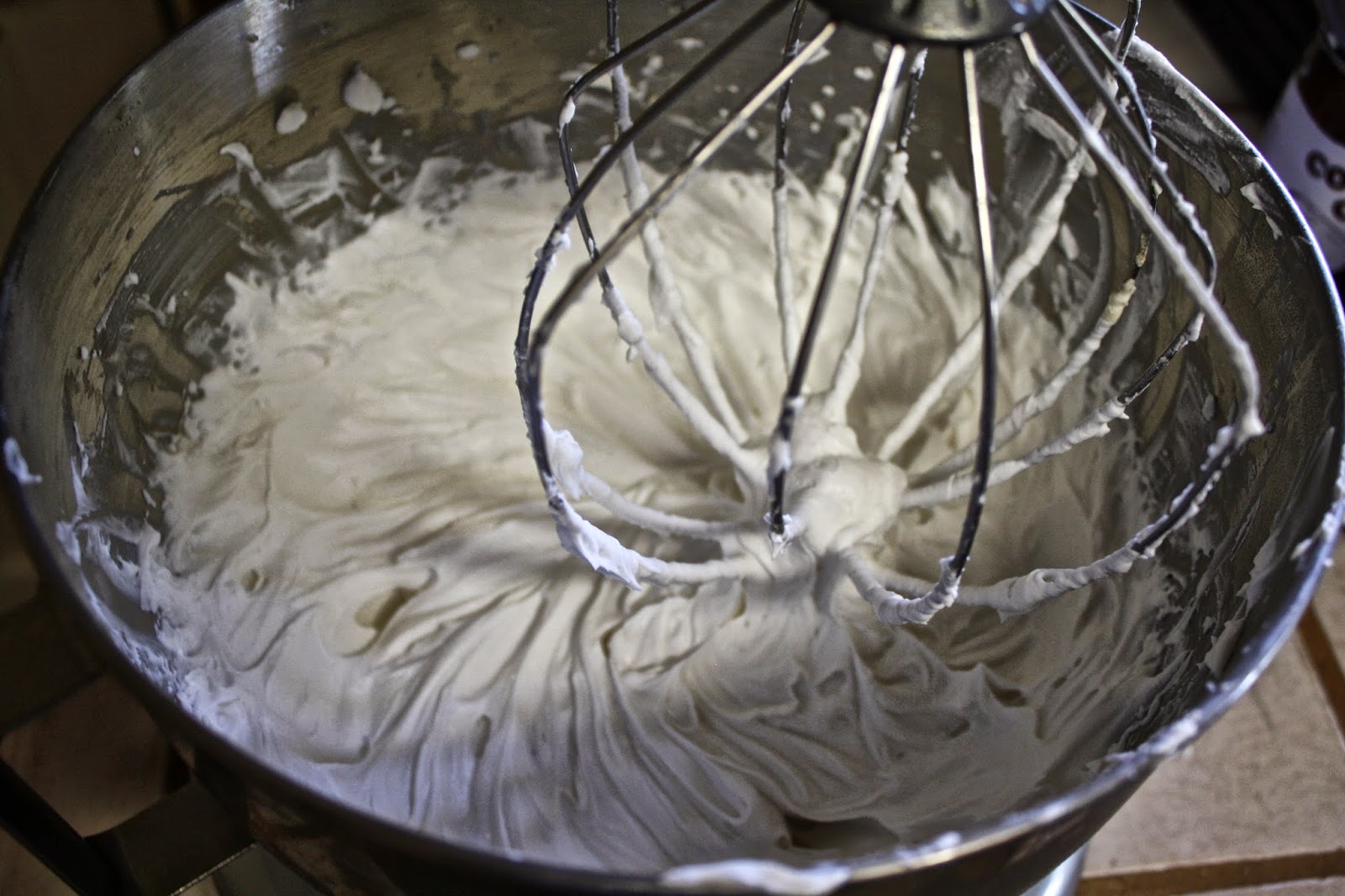 Transfer the whipped coconut cream to a bowl, garnish if you feel like it, and keep it in the fridge until you're ready to serve it.
Posted by Sonya at 1:28 PM