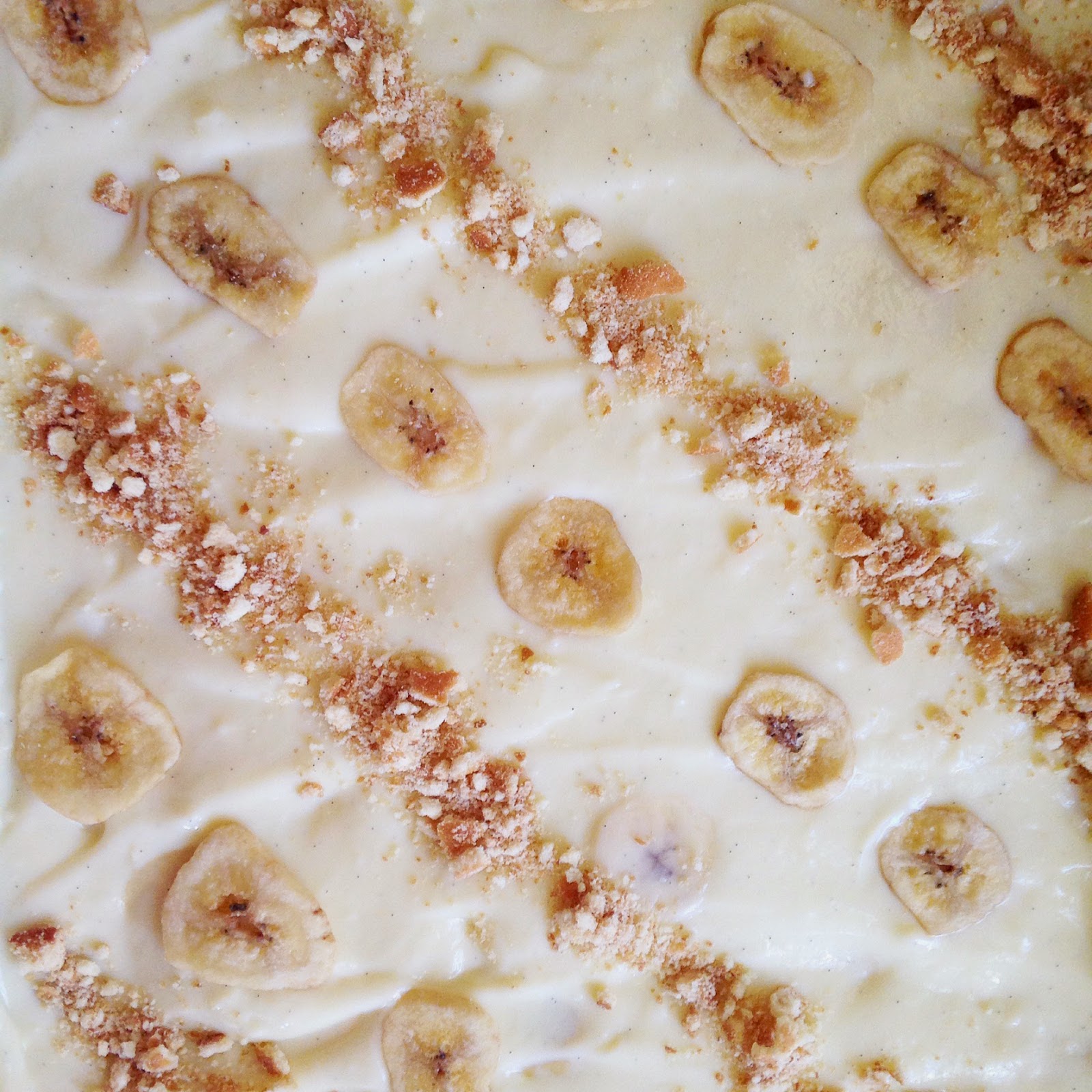 I have a soft spot in my heart for classic American food: meatloaf, mashed potatoes and gravy, biscuits, mac n' cheese, all kinds of pie (especially chocolate cream pie), and banana pudding. I have a sort of false nostalgia for these foods. In my Russian immigrant house growing up, we rarely saw any dishes that could be featured in a Norman Rockwell painting or on a typical Southern table. It wasn't all borscht and pirozhki (although certainly I saw those things more than fried chicken or hamburgers), both my parents were and are adventurous cooks, but they veered more into Mediterranean, Italian, and Chinese directions when they prepared food that didn't exist in the motherland.

I don't think this sentimental affection of Americana has to do with filling an empty void of some childhood I wish I had... it's just that when I think of these foods they evoke feelings of warmth, youth, and family. Growing up, I ate these foods at friends' houses with glee. I read about these foods in my favorite childhood books, saw these dishes being served in my favorite movies and TV shows, and watched them being prepared on PBS and the Food Network. Most importantly, classic American dishes are so often comforting in their richness and belly-filling qualities.

I can't advocate for the nutritional benefits of banana pudding, but sometimes you just need a mood-boosting plate full of something delicious. Sometimes, special occasions demand a little indulgence. Sometimes, your favorite sports team loses the big game and you need something to ease the pain of loss. Sometimes, you just want vanilla pudding mixed with bananas and 'Nilla wafers.

The pudding recipe for this dessert is infinitely interchangeable (and if you haven't made homemade pudding before it's much easier than you think and you will be thrilled with the fruits of your minor labor). You could make just the pudding and call it a dessert. You could add vanilla wafers to the pudding and skip the banana (or vise versa). But when you combine the pudding, the wafers, the bananas, and you let that all sit and soften and meld together in the fridge... well, very good things happen.

Banana Pudding
Serves 14-16 (this generously fills a DEEP 9 x 13 casserole dish, you can easily halve the recipe)
Slightly adapted from this recipe in Bon Appétit (June 2014)

8 eggs
1 1/3 cups sugar
½ cup cornstarch
8 cups whole milk (you can use low/non-fat, but this is a treat and whole milk tastes better)
1 vanilla bean, split in half lengthwise and seeds scraped out with the back of a knife (or substitute 2 tablespoons vanilla extract)
4 tablespoons unsalted butter
pinch of kosher salt

For the pudding-
In a large bowl, start by whisking your eggs until they are just blended. In a large pot combine the sugar and cornstarch and whisk together. Over medium heat, slowly whisk the milk into the sugar mixture. Add the seeds from a vanilla bean to the pot (if you are using vanilla extract instead, you will add the vanilla later). Whisk continuously until the mixture is warm to the touch, but not quite simmering.

Slowly add a third of the warm milk into the beaten eggs. Whisk constantly as you add the milk to the eggs; this stage is called tempering. You want to gently raise the temperature of the eggs so that they do not scramble when combined with the rest of the hot milk and are heated over the stove. Again, SLOWLY add the warm egg and milk mixture back to the pot whisking as you add.

You're going to keep on whisking as the mixture heats over a medium flame. You want to cook the pudding until it thickens. The whisk should leave a visible trail in the pudding, and should be thick like yogurt. This will take 8-10 minutes for this amount, or 4-6 minutes if you halve the recipe.

Once thickened, remove the pot from the heat. Add the butter and a pinch of salt to the pot. Stir until everything is just combined, the butter is melted, and the pudding is smooth.  If you didn't use a vanilla bean, this is when you add your vanilla extract.

Using a large fine-meshed sieve, strain the pudding into a large bowl. Tightly cover the bowl with plastic wrap; you want the wrap to touch the top of the pudding so that it doesn't develop a thick film. Refrigerate the pudding for at least 2 hours. The pudding can be made 1-2 days ahead of time (great for parties).

Let the assembled pudding chill for at least 4 hours or up to 2 days before you intend to serve it. The more it sits the more the flavors come together.
Posted by Sonya at 3:09 PM