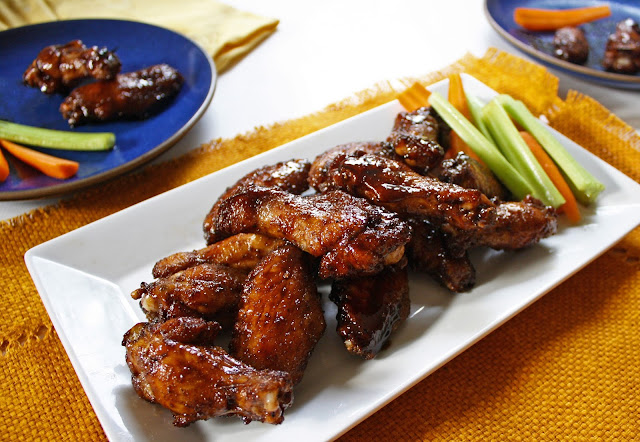 As written for The Nosher

What do I want in a wing? Something that is crispy with a sauce that packs tons of flavor. Pomegranate molasses is a perfect base for wing sauce. Pomegranate molasses isn’t a molasses at all, it’s actually just pomegranate juice that is reduced until it is thick and syrupy. You can even make it yourself at home, but it is easy to come by at any Middle Eastern or Persian market, as well as online. I’ve even spotted it at Whole Foods. Pomegranate molasses is tangy, a little sweet, and with the dark and shiny sheen of real molasses. It’s a common ingredient in Middleeastern cooking, where it’s added to all kinds of dishes from stews, to dips, to glazes for meats, and more. If you’ve ever read an Yotam Ottolenghi cookbook, than you know it’s also one of his favorite ingredients to add to vegetable dishes.

Years ago, I first got inspired to add pomegranate molasses to wings when I saw Aarti Sequeira make a version of this dish on Aarti Party, her Indian-themed cooking show. Since then I’ve reworked the dish to skew it towards my own preferences, and in a slightly more Middle Eastern direction. These wings get generously marinated in a spice mixture of coriander, cumin, cardamom, allspice, and pepper. The pomegranate molasses sauce gets Sriracha added to it for heat, which is a decidedly un-Middle Eastern ingredient, but a perfect compliment to the dish with its peppery garlicky spiciness. To make cooking for a crowd a little easier, the wings are baked not fried; they still crisp up nicely, but you don’t have to deal with the mess, work, or the extra calories that comes with deep frying. Spiced pomegranate molasses wings have become a staple party food recipe in our house, Superbowl Sunday or otherwise. 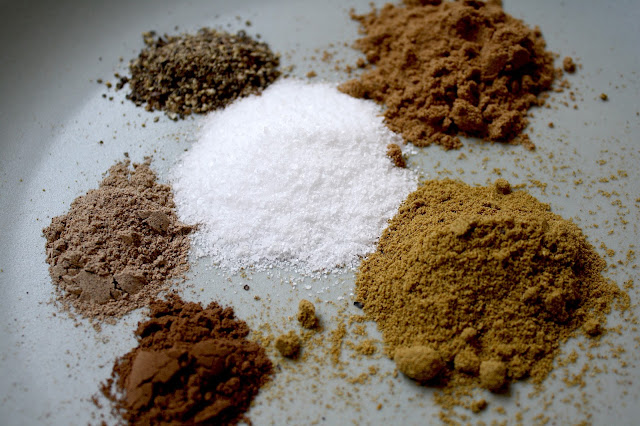 Directions:
1.     Pat the chicken wings dry and place them in a large bowl.
2.     In a small bowl, combine the salt and spices. Add the spices to the chicken, and toss the wings until they are all well coated. Cover and refrigerate the wings for 1 hour to allow the chicken to marinade in the spice mixture.
3.     Preheat the oven to 400°F. Place a rack on a baking sheet and spray or brush the rack with oil. If you don’t have a rack to cook the wings on, you can place them directly on a baking sheet, they will just get slightly less crisped. Add the marinated wings to the baking sheet, leaving ½” of room between each wing. 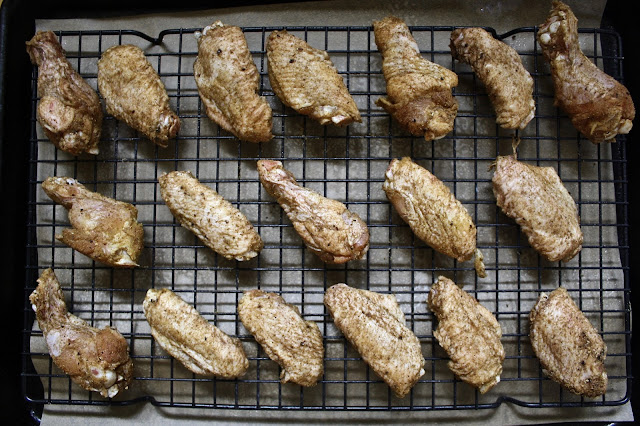 4.     Bake for 30-40 minutes, or until cooked through with an internal temperature of at least 165°F. Flip the wings once after 15 minutes of cooking time.
5.     While the wings are in the oven, prepare the pomegranate molasses sauce. Add the pomegranate molasses, maple syrup, Sriracha, and a tablespoon of oil to a small pot. Heat on medium low, and allow the sauce to simmer for 10 minutes, or until the sauce has slightly thickened. Taste and add salt & pepper as needed, or more Sriracha/maple syrup depending on your preference and the tanginess of the pomegranate molasses.
6.     Once simmered and slightly reduced, remove from the heat and add the vegan butter; this will add a smooth richness to the sauce.


7.     Once the chicken is cooked, transfer it to a large heatproof bowl, pour the warm sauce all over the chicken, and toss until everything is well coated. Serve hot with your favorite sides or dipping sauces. 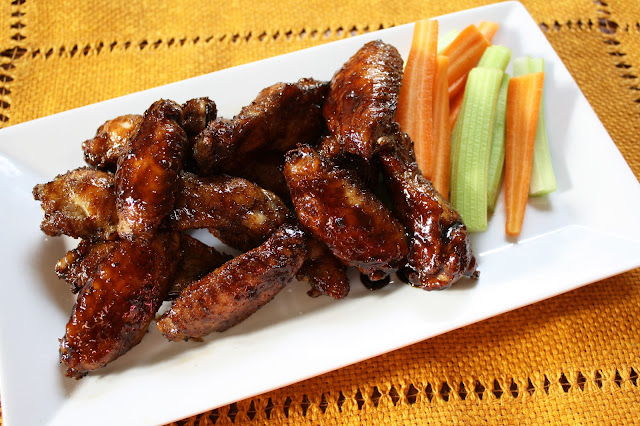