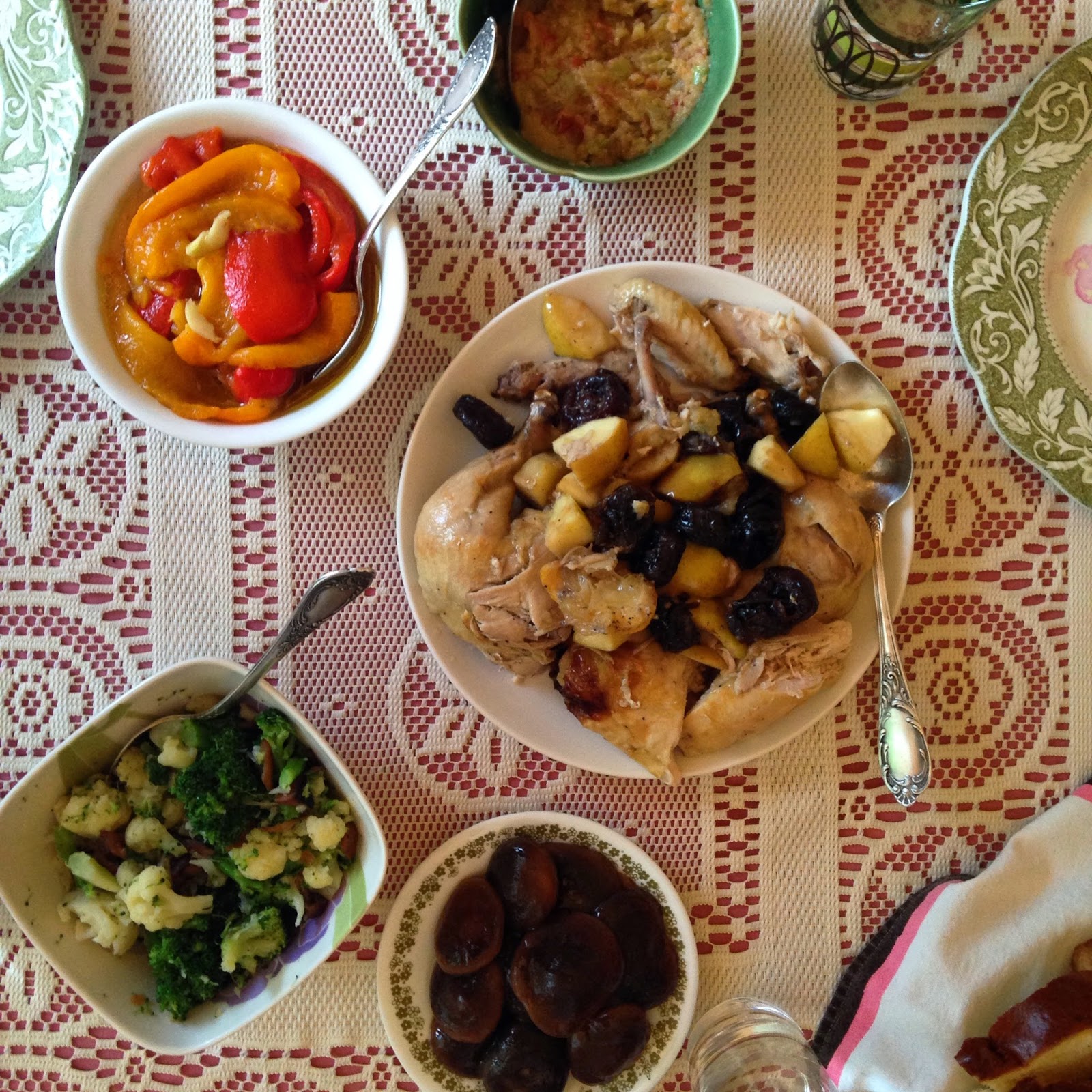 I've been fortunate enough to have a number of great culinary influences in my life. At the top of the list, is my grandmother. I call her "Baba", short for Babushka, the Russian word for Grandma as opposed to that scarf thing that you wear on your head when you're pretending to be a poor Soviet immigrant.

I'm up in Seattle this week visiting my grandparents and gratefully being fed in copious amounts by my grandmother. While I'm here, I've been taking notes on her recipes and favorite dishes. I plan to start making and recording them with more regularity. It's an incredible gift to have recipes for dishes that someone has been making for over 60 years... maybe for over 70 years. I should ask her when she officially started cooking, but I suspect it began in her own grandmother's kitchen.

My grandmother is the type of woman who is happiest in her kitchen. She has been cooking, baking, making jams, preserving vegetables, and making incredible meals from scratch since well before my time. My grandparents rarely go out to restaurants, because as my grandfather says, "Why would we eat anywhere else when the best food is here?" My grandfather is my grandmother's number one fan, both of her cooking and otherwise. In fact, I'm currently in negotiations to take them out to lunch this week and to give my grandmother a short break from cooking. My grandma is in, but my grandfather is still resistant.

And he's right. It's hard to imagine wanting to eat other places when you have one of the world's greatest chefs cooking all of your meals.

Above is a photo of a perfectly ordinary weeknight meal for these two. Shown above:
1) Homemade marinated roasted peppers
2) Homemade eggplant salad (roasted eggplant, fresh tomatoes and green onion)
3) Perfectly roasted chicken that had been stuffed with cut up golden delicious apples, lemons and prunes
4) Homemade marinated shitake mushrooms
5) A mix of cauliflower, broccoli, and sauteed and browned enoki mushrooms
6) Sliced challah bread on the side

UPDTAE: My mother helpfully pointed out we shouldn't even really refer to my grandmother's cooking as "Russian Food." Our family's cuisine was influenced by multiple places and ethnicities. For one, our family was living in Ukraine (not Russia) for many years, which at the time when they lived there, had a more abundant harvest of fresh produce than Russia proper, and where the cooking was influenced by neighboring Romania. Also and significantly, Jewish cooking had its own unique qualities as compared to strictly Ukrainian or Russian cooking. Lastly, my grandmother's mother actually came from Odessa, which is a port city where various ethnicities merged and influenced what people ate and cooked. So there. Thanks mom!